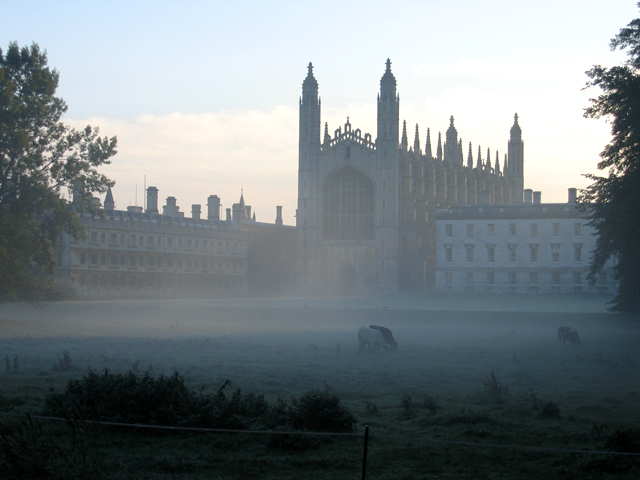 Jacob McLoughlin is a first-year history student at King’s. His interests include foreign and defence policy, particularly in light of the recent circumstances of Britain’s withdrawal from the European Union. Alongside this, he follows parliamentary politics and party-related developments.

It’s odd: the reaction King’s students have when I tell them that I am a Conservative is more or less identical to how members of the Cambridge University Conservative Association (CUCA) react when I tell them that I study at King’s. In both cases, it is a kind of uneasy and begrudging acceptance, an “I see”, followed by moving swiftly on. For anyone who is unaware, King’s College has a reputation as being rather left wing – which, I might add, is embodied by the presence of the flag of the Soviet Union in the bar. These reactions are more amusing than anything else, but they do provide an insight into the kind of ideological and political tribalism that is coming to define politics today. This trend is present not just at Cambridge, but throughout Britain. Whilst my experience is harmless, the polarisation can be far more dangerous than most people realise.

At the most recent event hosted by King’s Politics, entitled ‘Does Trump Have a Point?’ (which was held before the election), Lord Monckton made reference to a “political monoculture” which existed amongst Britain’s young people. Whilst hyperbolic, the claim does contain at root a grain of truth. That is not to say that political life in Cambridge, or Britain as a whole, is dominated by one sole point of view – at one level, even CUCA and its events are proof of that. Although the idea of being one of a small group of ‘freethinkers’ within a community of conformists appeals to my romantic sensibilities, I know that this is just that: I am quite clearly not part of some kind of persecuted minority, nor a political dissident fighting against left-wing ideological hegemony. Discussion of this belies the real issue, one that has significant ramifications for how different groups view both themselves and others.

Earlier this week, I attended a meeting of the Cambridge Marxists; a friend of mine was speaking, and I thought it rude not to support him (worry not, for I wore tweed to indicate my true sympathies). Something which struck me on that occasion, and which was emphasised by the CUCA event I attended a few days later, is how many of these groups for student politics can simply become echo chambers. At the Marxist society, words like ‘bourgeois’, ‘comrade’, and ‘proletariat’ were used in general conversation – there was the assumption that everyone present held the same worldview. Likewise, CUCA events always have an inherent ‘Tory-ness’, a kind of esotericism in terms of ideology and general atmosphere. This characteristic is not an inherently negative one: everybody wants to socialise with the likeminded, and so it is natural that people gather together in politically homogenous groups. Plus, any kind of political campaigning would be impossible if the group contained a great deal of dissenters. There is, however, a crucial caveat to this: we should never forget that there are people who hold opinions other than our own, and they are entitled to do so.

I have my own opinions about issues: there is a right way and a wrong way of thinking about things, and I invariably believe that I am correct (as do we all). Yet, that does not mean that anybody who disagrees with me should be marginalised, or that their opinion is somehow worth less than mine. Yes, I may think that they are wrong, but they must clearly hold that view for a reason: from their point of view, I am wrong.

That is the great merit of our liberal democracy: that people are allowed to think and believe what they want. For this very reason, the kind of tribalism described above is dangerous. Too often it becomes easy to fall into thinking that other people do not deserve to hold the opinions they do. As soon as one begins to think of oneself either as some kind of ideological victim or as a monopolist of objective political truth, one loses sight of the range of views that exist. It should be clear that society and democracy are healthier with this variation than without it.

When members of CUCA and of King’s ask me whether I would have preferred to go elsewhere, my honest reply is ‘no’. Although I am ‘surrounded by lefties’, I still get on with everybody and it seems that, at times, the kind of polarisation I have described is more for show. Although people have different political viewpoints, it is often the case that they are trying solve the same problems. Being surrounded by people of a different point of view may at first seem daunting, but over the past term I have come to appreciate that it helps me to remember that different ideas exist and have worth.

I am beginning to like being “the Tory at King’s”.