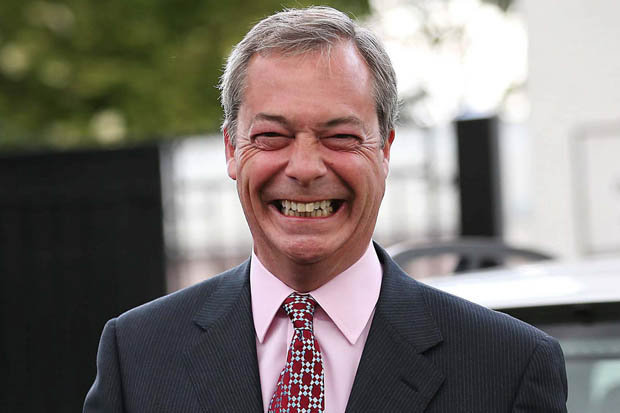 Haroun Mahmud is Secretary for King’s Politics. He is currently in his third year at King’s reading history. Below he argues that the inability to tolerate other opinions is an affliction growing in liberal democracy that will only further balkanise its members.

​In the follow-up to his well-received novel Blindness—in which an epidemic of sight loss affects almost all the residents of an unnamed city –  José Saramago’s Seeing picks up the narrative with those citizens regaining their vision. It happens to be, incidentally, polling day and to add yet another strange twist to the tale, almost three-quarters of electors turn in blank ballot papers. In the re-run of the elections a week later, the apathy has only increased; this time, 83 per cent of the voters have not marked their ballots.

This simple act of indecisiveness sends tremors through the political class; the voters’ assertion of their “simple right not to follow any consensually-established opinion” is branded by one cabinet minister as “a depth charge launched against the system”. While blank ballots might not be well-known to voters in the UK or the USA, the reader can immediately sense the applicability of this scenario (that of an unexpected result) to recent political events on both sides of the Atlantic.

The ‘Brexit’ verdict in the summer and the US presidential elections of this month both returned results which neither pundit nor politician (or, in fact, most of the public!) had expected. The credibility of psephology seems to have been shaken by these events – perhaps like no other in recent times – made all the more incredulous for the close chronological proximity of the two occurrences.

In the novel, the “blankers” – those who obstinately handed in blank ballots – are seen, almost as if they’ve committed an act of subversion. No less, in recent months in our world, suggestions (accusations even) have been flown around, condemning or at the very least reprimanding those whose choice in the recent two ballots in the UK and the USA have not accorded with our own. In almost any other electoral scenario, the reaction to those who support a different party or cause than our own is mild but rarely ever as hyperbolic as it has recently been.

One presumes that much of the hysteria is a consequence of two main factors, already much discussed in the media. The first is that a wide gulf has appeared across our society; a chasm so vast yet so subtle that it makes many immune to the possibility that others may see things in a radically different light than they do. Secondly, the outspoken comments from the most vocal are prompted by an acute awareness that there was a lot at stake when the public went to the polls. This itself is a rather unusual prospect to fathom especially in a climate which has in the past known only the two-party system and increasing voter apathy.

The result of the referendum and, latterly, the US presidential election have shown that – despite talk in recent decades of a depoliticisation of the electorate with lower voter turnout and dwindling party membership – voters are keenly aware of the collective power they yield when they are called to the pooling booth. In that climate, what remains of utmost importance is that those who voted one way can empathise with those who voted the other; any community or country is the sum of its constituent parts (its citizens) and in the political system with which we are familiar, the increasing polarisation between different groups with their various appellations – the haves and the have-nots, the isolationist versus the internationalist, the liberal market exponent against the command economy advocate – are not only crude but unhelpful. One needn’t interpret, for example, their neighbour’s support for candidate X as a sign of their bigotry nor less their colleague’s preference for candidate Y on account of their global perspective as an internationalist revolutionary through and through. As voter groups grow increasingly complicated, traditional class and regional lines are rendered useless.

While it is perfectly respectable – and necessary – that electors and members of society feel passionately about their causes and their positions, it would be a colossal act of self-delusion were we to spend our days solely with similarly-minded people, justifying ‘our’ take on a matter and to sip our cups of freshly-roasted coffee as we harangue our detractors. Rather ironically, despite the interconnectedness the widening reach of technology offers to people across the world, social media can entrench us further into our own views, with recent studies suggesting the algorithms behind websites like Facebook turn our newsfeeds into endless echo chambers. Unless we take action to widen our horizons – through contemplating how and why others we disagree with have come to their conclusions and whether the chasms in our societies are really as stark as we hear – the rifts which recent elections have illustrated will only worsen, to the ultimate detriment of our political systems, our societies and, in the end, all of us.

A surprisingly large number of people have responded to the two recent verdicts with candid and outspoken incredulity. Politicians and journalists feature most prominently among them. This state of affairs wouldn’t have been so unsettling, had so many of them not been self-described ‘liberals’, a rubric one associates more with an inclusive politics (think of the leading role liberals played in securing universal suffrage) than top-down political dictation. David Van Reybrouck, author of the recent provocatively-titled Against Elections: The Case for Democracy, seems to suggest numerous western societies are being afflicted by “democratic fatigue syndrome”; telling signs of which include referendum fever, low voter turnout and declining party memberships. But, for Van Reybrouck and others, the problem is not so much with personalities or electors but rather the procedure of elections of referendums.

Such a suggestion, in a subtle fashion, seeks to discredit in some respects the people’s choice: seeing it as an expression merely of soundbite on-the-go decision-making and ill-informed electorates. If one follows this narrative to its end, it solves very little; it will only pit politicians against their “publics”. Whether Van Reybrouck’s proposals – such as the Athenian democracy-inspired process of sortition (choosing a well-informed cross-section of society to deliberate and then decide on an issue) – come to fruition is a long-term consideration. More immediate suggestions and solutions are needed, particularly in the aftermath of recent political events, with similarly unpredictable episodes only like to increase in frequency. The first step is – however simple it may seem – to accept the outcome. If elites – defined as they may be by social class, geographical location or access to power – refuse to accept the will of the people (however expressed), it will only widen the fissures which are coming to the fore. If the ‘Brexit’ referendum and the election of Donald Trump were a hard-nosed and bruising call from previously-ignored communities, it would be far wiser to heed their concerns and welcome them expressing their opinions rather than forcing them underground by hurling pejorative labels and seeking to silence dissenting views.

This is in no way to suggest that by listening to these views one need agree with or even validate them but it is a pragmatic means of dealing with contesting opinions; suggesting, for instance, that some views don’t deserve the airtime will only further embitter their holders. In consequence, fissures will multiply and divisions deepen, leaving little room for the amelioration of the concerns that highlighted the divisions in the first place.

Burying our heads in the sand is no solution. Like the characters at the start of Saramago’s novel Seeing, regaining their eyesight, we should use the opportunity of these unanticipated election results to explore deeply by what experiences and phenomena the opinions of those we disagree with have been formed. It is our capacity to build – rather than to shout and argue incessantly – that will be rewarded, especially in times where the crevices in societies like ours need urgent attention.