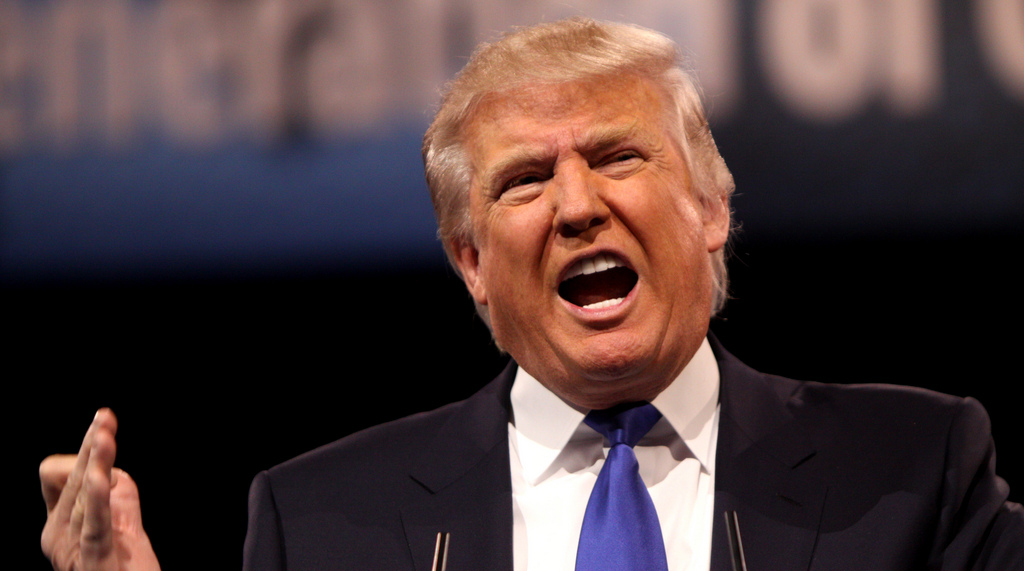 Kaitlin Ball is an attorney and third year PhD student in Politics and International Studies at Magdalene College.

This is the first in a three-part series entitled “Clockwork Orange,” so cleverly titled because we Cambridge students enjoy wallowing in our own wit. It also stands in deference to the tense days leading up to the inauguration of the Orange Overlord (out of respect for the office I’ll call him president when he’s sworn in, but not before), but also as an homage to the infamous scene in Clockwork Orange where Alex is subject to the “Ludovico Treatment.” In a straight-jacket, the character’s eyes are peeled open with a special apparatus and he is forced to watch a series of disturbing images in an empty cinema (in his own words: ‘I began to feel really sick, but…I could not get out of the line of fire of this picture’). We choose this title to reflect first the need to engage and not, as tempting as it may be, to entirely ignore the train wreck that is international politics. Second, to remind you that you are not like Alex: no one has glued your eyeballs to the screen. You can, and must, occasionally look away. We will use this series to address humour, activism, and the weaponisation of privilege in light of global populist upheaval.

Despite these many persecutions, Mandelstam opposed Stalinism with humour up until his death. I think of Mandelstam much like I think of Daniel Craig’s James Bond in Casino Royale who, naked and bound to a chair, subject to what looks to be a particularly uncomfortable form of genital torture, shouts to his abuser Le Chiffre: “No! To the right!” In doing this, Bond and Mandelstam alike effectively create mental free-space for themselves and others, and rob their oppressors of at least some modicum of power.

In light of Brexit and Mango Mussolini’s election, shows such as Have I got News for You and Saturday Night Live have enjoyed higher ratings. Satire, and graphic satire (according to the Rt. Hon. Lord Baker “the only art form Britain has created”) have a rich history in Britain and have consistently played an important role in politics. Laughter will continue to be vital to the political spectrum in its entirety in the coming years. Speaking personally, the alternative is crying and stress eating, which I can’t do because I won’t have healthcare to deal with the Type 2 Diabetes I’d give myself. I choose laughter.

Humour serves two purposes: First, and most important, it keeps us sane. Second, humour is a powerful and necessary tool for critique. We are often so stuck in our way of thinking that the only way to realise how ridiculous some of our assumptions are is to make light of them. These very assumptions allowed us to sleepwalk into 2016, and in the coming years whether we are in revolt against the establishment, populism, or otherwise, subversion through humour will be key.

Humour is not always, however, a tool solely for productive social critique. It can be used to dehumanise and minimise atrocities. Take, for example, the Tangerine Tyrant’s infamous mocking of a Pulitzer Prize-winning reporter’s disability: did we learn anything about ourselves, or society more broadly? I would argue no; we saw a man so utterly unintelligent and panicked that he could not manage a substantive critique. The Alt-Right (the shiny new Nazis sometimes confused with run-of-the-mill hipsters by co-opting their haircut) make similar mistakes, claiming that the many racist cartoons aimed at the Obamas provided subversive, substantive critique and helped them cope with a presidency they understood as unsettling.

We must use humour to preserve the vital space for free speech. So, while I detest Milo Yiannopolus and while I have no intention of buying his book, I equally do not want to censor the man who told me my feminism was killing me (this was the first time anyone told me I was dying and my newly discovered mortality has given me license to eat more cake, so thanks, Milo!).

While Putin’s Pumpkin Puppet illustrates that nothing is beyond humour, he, Frog Twitter, and Milo fail to understand that not everything is funny. Blackface, for example, is not funny. The misguided idiots that chose to put on blackface are, however, hilarious. Because, seriously, how many synapses failed to fire for you to think that was a good idea? We make fun of people for their choices, not for aspects of their being out of their control. We make fun of ourselves for our assumptions. We make fun of the Marmalade Moron for unexplained gaps in his tweet threads. We make fun of our fathers for never really acknowledging that they built careers on our mother’s unpaid labour, and that really, you owe a lot of back pay and have you looked at the benefits package?

Laugh every day so you have the energy to fight. Laugh at everything. I would venture a guess that much of the most productive conversations around sexism in academia (posts here and here) were facilitated through jokes about how utterly absurd some of the deeply rooted sexism is upon examination. Be prepared for others not to find you funny, try to understand why, laugh at yourself, and move on to the next joke. Our approach to humour will be like our approach to civic engagement (and indeed much of the rest of life): messy, full of mistakes, and imperfect.

The next post will be geared towards more practical actions one can take in the current political climate (instead of the disaster commentary so many of us seem stuck in). But for now, in salute to the many humourists jailed and killed at the hand’s of the Soviet Union, and in a sort of homage to Alec Baldwin and other satirists (who will be disposed of in a Black Site, or perhaps Gitmo, instead of a gulag), a 2017 take on Mandelstam’s infamous epigram (based on John Simkin and Scott Horton’s translations from the original Russian, available here):

We live, deaf to the clear racial divide,

Ten steps away no one reads our Facebook posts,

All we hear is “You’re fired” from the bankrupt developer/Tweeter-in-Chief.

The short-fingered Vulgarian, with his orange sausage fingers produces

His tweets from a golden toilet at ill-advised hours.

And in his wispy, golden comb over mane

An aggregation of hairspray & warnings of “do not approach open flame”

Obscured by a red #MAGA hat made in China.

Round him a mob of frog-faced fascists

Fawning half-men for him to play with.

McConnell ‘will not tolerate’ political blocking, but he alone tweets & tweets.

Wherever there’s a Great Wall to be built—

Not far away will be butthole lips, and Mexico will pay for it!

We live, deaf to the land beneath us,

Ten steps away no one hears our speeches,

All we hear is he Kremlin mountaineer,

His fingers are fat as grubs

And the words, final as lead weights, fall from his lips,

And his boot tops gleam.

Around him a rabble of thin-necked leaders—

Fawning half-men for him to play with.

The whinny, purr or whine

As he prates and points a finger,

One by one forging his laws, to be flung

Like horseshoes at the head, to the eye or the groin.

And every killing is a treat