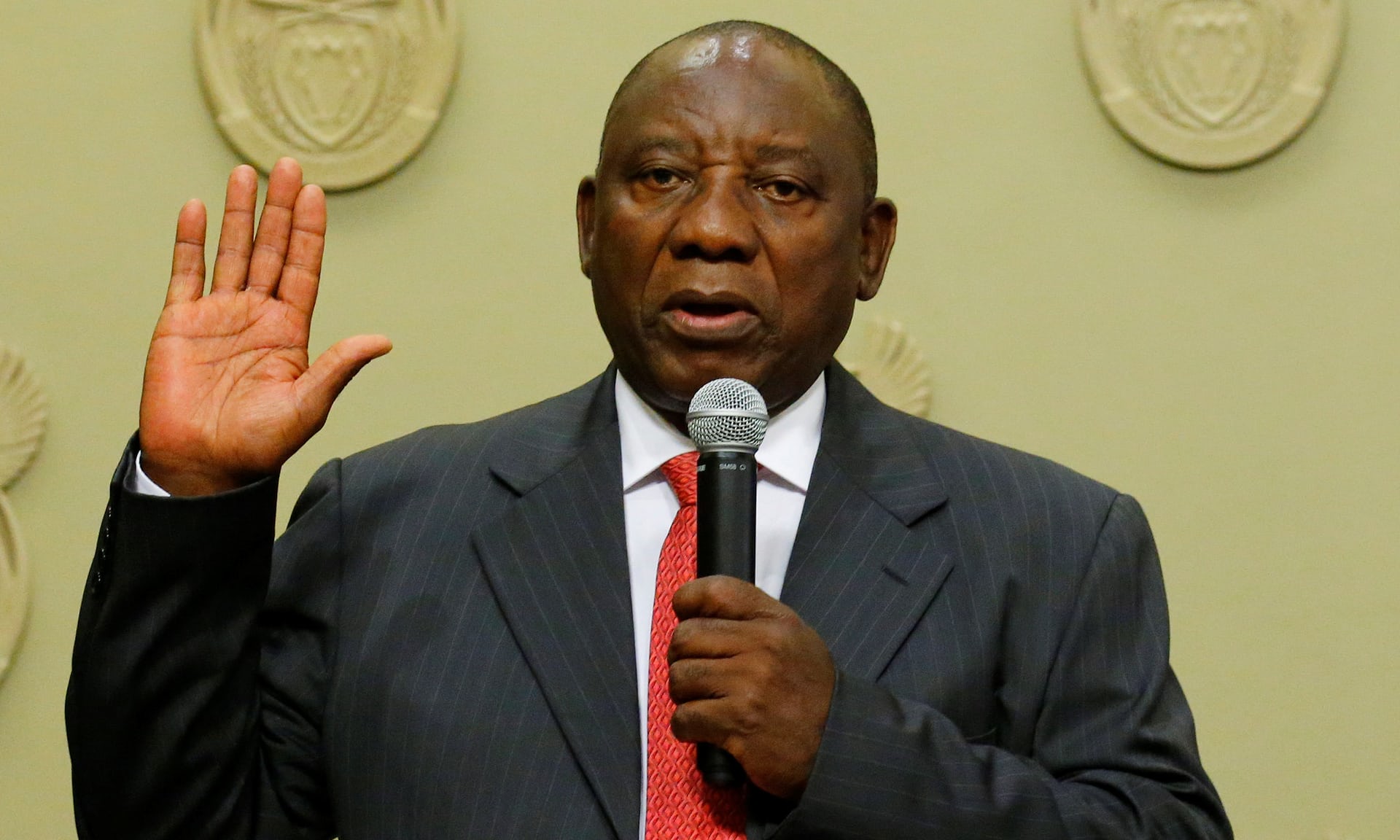 Padraig Cuffe is a second year History student at King’s. He is the current Communications Officer for King’s Politics, and as a hobby enjoys getting worked up about things he has no control over.

The President has been given the boot, long live the President. But who is he?

For a while in the run-up to the ANC conference in the December, Ramaphosa appeared in the South African media as a redeeming angel re-awakened after years of slumber to save the ANC from its own sins. Erwin Schroedinger couldn’t have run his campaign better: he was simultaneously the anti-establishment candidate and the Vice President, a man in touch with the people who happened to have a personal wealth of almost half a billion dollars.

Of course, when CNN and CNS and the BBC and the rest of the international alphabet soup announced his victory, there was probably nothing that night so well-observed in the whole world as him, and his nice little superposition collapsed. In contrast to how news of his party Presidency was received, his assumption of the national Presidency has been rather muted. It should be.

Yet they are solvable.

In fact, they are solvable by Ramaphosa.

It is a shame, then, that he doesn’t have the appetite for the solution.

Last time the World Bank measured South Africa’s income inequality, it found it was the most unequal country of its size in the world. Its Gini coefficient was over 63. Almost twenty five years after the first free elections, South Africa does not resemble one country so much as two: a small, predominantly white country with a standard of living comparable to the UK perched atop the vaster, realer South Africa.

This inequality has consequences. Others more articulate and educated than me have said enough about the preventable deaths and suffering which the majority must suffer due to minority wealth. But this is more than just preventable poverty. This is a wounded society. Official statistics show that in the 2015/2016 reporting year there were an average of 51 murders and 1,490 property-related crimes committed in South Africa every day.

As one passage I keep returning to when thinking about South Africa reads, in such a society one is forced to live ‘a double life, a heavenly one and an earthly one, a life in the political community, in which they count as a communal being, and a life in civil society, in which they act as a private individual, view other people as means, debase themselves to the status of a means, and becomes the plaything of alien forces.’ Marx wrote that passage many decades before South Africa existed as a country, but in the world today he would find no clearer demonstration of his meaning. Every South African is forced to exist in the plural: they learn to live sometimes as equal fellow citizens of the Republic of South Africa, sometimes as ruthless egoists.

And, on the horizon, there lies the prospect of worse. What if Ramaphosa does manage to grow the economy faster? I’m not going to exhume the Kuznets curve here to make a point. I’m not claiming that inequality necessarily increases as a country grows wealthier. From what we know of the world, that would be absurd. Equally absurd is the idea that there is no possibility of increase. South Africa is already straining at the seams. As a history student, a large part of my time is spent studying what happens when those societal seams burst. It’s not a pretty sight. To let the problem be or to pursue economic growth without addressing inequality – these are gambles South Africa cannot afford to lose.
So, South Africa needs wealth redistribution. The topic is not an unfamiliar one to South Africans, alternately appearing as a spectre haunting the wealthy population or an undelivered promise of the new South Africa made to the rest. If the readers of King’s Debates are anything like wealthy South Africans, some of you have blanched at the prospect, so I’m going to pre-emptively defend myself on three accounts. No, I do not claim that all of South Africa’s problems can be solved by attacking inequality. But I do claim that South Africa’s inequality is its greatest problem. No, I am not an apologist for the Zuma government. I am glad to see Ramaphosa take over the Presidency from him and recognise that he is better for the country, but I am also frustrated at both Zuma and Ramaphosa’s lack of appetite for the kind of reform which South Africa needs above all else. And no, I do not believe that redistribution of a large enough scale can occur without impairing economic growth for a time. I believe that it must be prioritised above growth.

Furthermore, we must remember that South Africa is not like most countries. Its inequality isn’t home grown. It is the cumulative product of centuries of racial violence. As a rule of thumb, if your commitment to property rights is even more extreme than Robert Nozick’s, then you’ve gone wrong somewhere. This passage is from the end of Chapter 7 of Anarchy, State, and Utopia:

‘For example, lacking much historical information, and assuming (I) that victims of injustice generally do worse than they otherwise would and (2) that those from the least well-off group in the society have the highest probabilities of being the (descendants of) victims of the most serious injustice who are owed compensation by those who benefited from the injustices (Assumed to be those better off, though sometimes the perpetrators will be others in the worst-off group), then a rough rule of thumb for rectifying injustices might seem to be the following: organize society so as to maximize the position of whatever group ends up least well-off in the society.’
So I am reassured that the case for redistribution is strong, from the left through to Nozick, and everywhere in between.

Strong, but not strong enough to be put into practice. Ramaphosa, trade unionist turned multi-millionaire turned President, does not share my enthusiasm for the project. He will probably manage to make a significant positive impact upon South Africa, but it will not be an impact of the scale or kind that South Africa needs most.