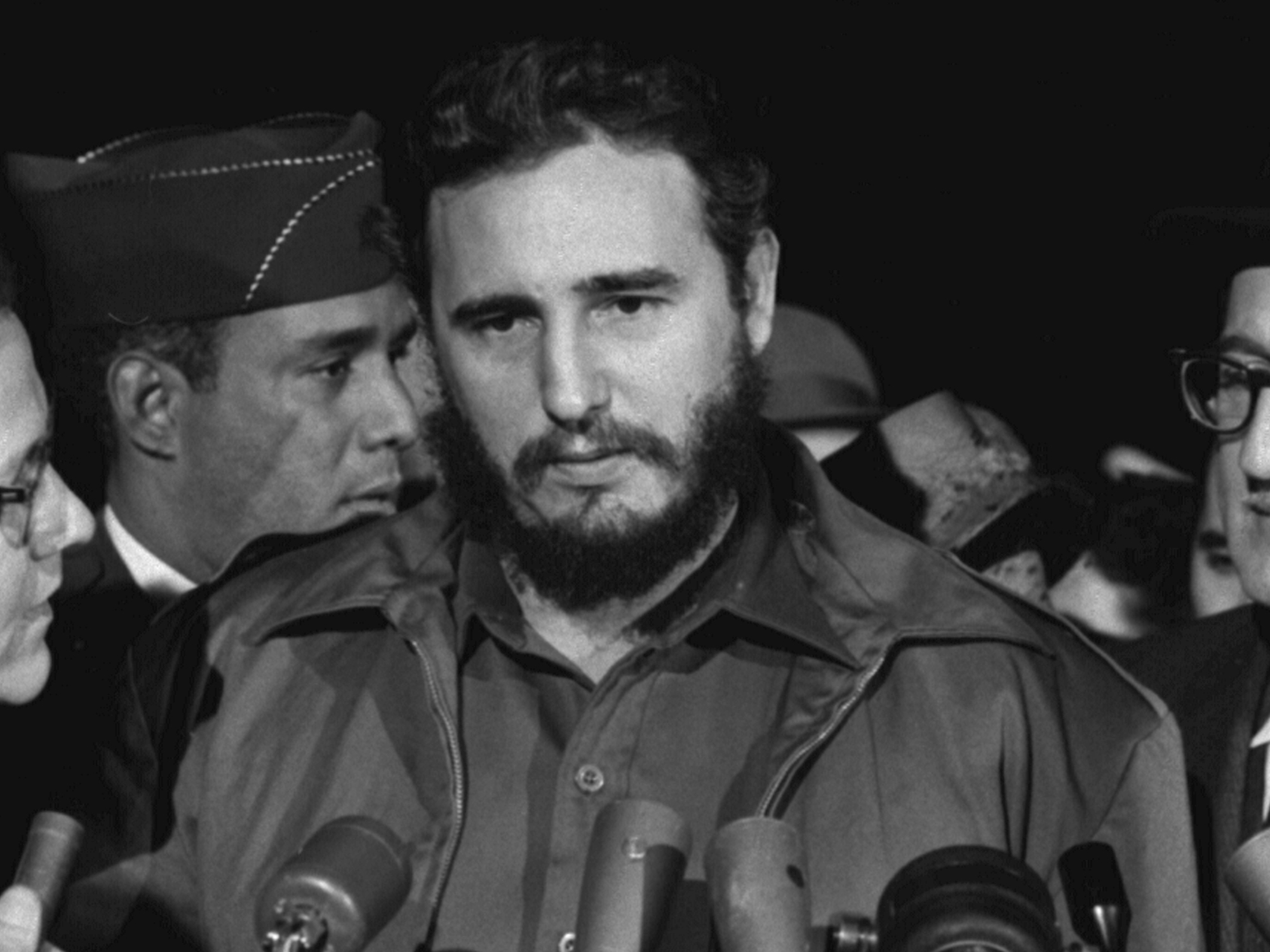 Luke Warner is the co-Director of Communications for King’s Politics. He is a third year history student at King’s with an interest in elections, international relations, and the topic of social policy in political debate.

As news spread of the passing this morning of el comandante Fidel Castro, celebrations erupted across Little Havana, Miami. Overwhelmingly members of the Cuban émigré population, their experience of the regime of the Cuban Communist Party has led them to march the streets of their adopted home in jubilation at the death of someone they consider a mere dictator. And they have, to an extent, a point: while Fidel held a tight grip on power for 49 years, the population of the country were certainly kept from fundamental rights enjoyed in most other developed nations and leadership passed seamlessly to his brother, Raúl, without any wider consultation. Others criticise his record of attacking US foreign policy whilst simultaneously fomenting revolution abroad himself and fuelling civil wars with aid and troops. Nevertheless, as justified as many of the criticisms of the Cuban system are, to simplify the record of a complicated historical figure is to do a disservice to treating the matter with care. To remember him fairly and accurately, it is important to reconsider his aims, his means, and his context – historical, geographic, political – and understand who the man was alongside his role in history.

First and foremost a revolutionary, Castro succeeded the long-term rule of Fulgencio Batista through violent uprising and put in place an expressly Latin-American interpretation of Marxism that withstood embargo after embargo, denunciation after denunciation, and even invasion in 1961. To understand why and how communism came to take such an historic presence in the country, the conditions of authoritarianism prior ought to be considered. It is a little cited point, but Batista’s arbitrary and cruel kleptocracy turned what had been referred to as the ‘Pearl of the Antilles’ into a playground for America’s mafia elite. Made possible by US support, the economy was propped up by the money of gangsters from across the Straits of Florida whose gambling operations were left unregulated by a system that did little to address illiteracy, illness, homelessness, and poverty more generally. To top things off, Batista’s state frequently went beyond its legal right to violence and police control – elections were banned or fixed, assassinations of rivals authorised, and the constitution contained clauses explicitly allowing US intervention in economic and political affairs. In short, the US oversaw and preserved one of the most extreme examples of Caribbean petty despotism for decades at the expense of the island’s population.

Critics assert that the core signs that underpin dictatorship survived post-revolution or were remoulded by Castro after ousting Batista in 1959. For many, the violence of the uprising – both against those often arbitrarily deemed ‘bourgeois’ and ‘cronies’ aiding American imperialism – is enough to justify a dismissal of Cuban Communism as illegitimate. Of course, if a regime needs force to keep itself in power, then surely that means people do not support it?

As with most totalitarian states, the truth is not so simple. The conditions in which Castro took power along with his ideology meant that, to him, violence was an instinctive means justified by the utilitarianism of his ends, and many people agreed – and still agree – that it is necessary to prevent a slide back into becoming a Batista-style American puppet state. Marxism is fundamentally a constructive idea necessitated by the destruction of old traditions, norms, and practices considered restrictive to progress. Under Stalin, this took on the form of collectivisation campaigns to ‘socialise’ the countryside and liquidate ‘bourgeois elements’ and ‘kulaks’ (officially well-to-do peasants, but in reality often the most unpopular village family denounced by neighbours), and industrialisation and purges in the cities. At this level, Castro’s Communism is similar to others. His campaign for political control necessitated the destruction of rival parties and his economic reforms forcibly expropriated industry from the hands of a wealthy, often foreign elite. Religion was largely tolerated, but attempts at political involvement within the Church brought harassment by the authorities.

But why did this emerge, as opposed to social or liberal democracy? In part, Batista deserves blame. The outright ban on political discussion and the festering of levels of deprivation (among the worst by western standards) punctuated by the Chevrolets and expensive suits of mafia expats polarised Cuban society. As unionism and representation were forbidden, the forms of organisation that did emerge in the underground were more extreme as a result; genuine hatred of the regime and the complicity of USA by Cubans made the socialist utopianism of Marxism appealing for able and determined figures like the Castros, and their Argentinian contemporary, Ernesto ‘Che’ Guevara. This should not be overlooked – the few Cubans with foreign educations were made conscious of the depth of depravity on display on their island.

Guevara, one of Castro’s closest friends and revolutionary comrades, is condemned by many who decry the popularity of his face for t-shirts, flags, and posters, as ignorance of his role in repeated acts of violence and torture in the revolution and after. Indeed, the July 26th Movement and the Cuban Communist Party have long histories of such behaviour as a means of control and, fundamentally, as a form of delayed vengeance against ‘enemies of the people’ – i.e. Batista supporters and collaborators with America. In the heat of the 1959 Uprising, guerrillas summarily shot and beat suspects, and abductions of dissidents – real or imagined – continued on long into the closing decades of the twentieth century. Moreover, part of Castro’s ruling style was strict authoritarianism at home and the support for cruel leaders abroad. Elections, though permitted in some cases, were single-party affairs where criticism of the regime was met with a jail sentence. Workers’ unions are still strictly controlled by party organs and illegal organisation is ferreted out using extra-judicial means. After victory in 1959, the regime sponsored insurrections across South America and Africa, notably sending troops to both Angola and Bolivia along with advisors and supplies. They have also sent support to autocratic states like Venezuela, propping up their often collapsing healthcare systems in return for cheap industrial and consumer goods. To portray Castro as a democrat is wrong. He was always a Communist and always a dictator, comfortable with the use of force to achieve his ambitions.

And yet Castro never personally executed and tortured people like Saddam in Iraq. He never abused his position to abduct, rape, and murder hundreds of young girls like Beria, head of the NKVD after the Great Terror in the USSR. He never pursued almost insane campaigns of forced land collectivisation of the kind that murdered a quarter of Cambodia’s population in the killing fields under Pol Pot. Castro employed state violence against open opponents and potential enemies, but in a far more selective manner incomparable to that of other dictators. His violence, though indubitably excessive, was not inflicted on the entire population like other despots. Castro was certainly no ‘little Stalin’.

But what does this say about Castro’s objectives? Was he simply of the same ilk as others but restricted in his capacity to act on this desire? Castro’s ideology and record can, like much twentieth-century Marxist thought, be characterised as a struggle between heroes and enemies, although with a far greater respect for human dignity than that of other left-wing leaders of the past. A large amount of support for the regime comes from virulent anti-Americanism, stemming especially strongly from collective memory of both Batista and the Bay of Pigs Invasion. Many Cubans fairly blame USA for the continuation of poverty, which is seen as largely in spite of government policy (though economic mismanagement certainly played a role) rather than because of it. Castro was instrumental in entirely turning around the appalling living conditions experienced by the majority of the Cuban population prior to his time in office. Through reform and investment, the state universalised education (bringing literacy up to 88% by 1970 compared to 60% in 1958) and healthcare (life expectancy grew from 63.90 in 1960 to exceed that of USA by 1980 at 73.83 years), and the scope of public services along with state housing were extended. But the effects of the decades-old US embargo have been devastating; with limited options for foreign trade especially after the collapse of the USSR by 1991, Cuba has a chronic shortage of goods and investment. As the state is officially socialist and opposed to private economic influence, it would require sufficient economic strength to implement fully the policies it advocates, but has few means to fund its industry and pursue its social objectives. This goes some way to explaining the limited growth in certain areas like public housing and the persistence of food queues despite government food campaigns, and among the local population this is a particularly popular view.

Of course, one can always critique the socialist model as wasteful where the free market would work better. To condemn a judgement of Castro on this alone forgets that people enter politics often with specific ideological objectives. The campaigns and ruling style of the Cuban Communist Party are indicative of a genuine revolutionary fervour, a staunch belief in the ability to create a socialism with the pillars of equality, political engagement, and dignity. However, as mentioned before, this socialism is defined by suspicions of deviance and capitalist tradition as threats to its project; it is an ideology that seeks to create a utilitarian society where the heroic ‘working class’ as defined by the state is granted a specific interpretation of human rights. As flawed as this vision may have been, to withdraw Castro from that ideological context and view him as a mere tyrant is crucially to misunderstand him. Ideology was the guiding force in his liberating and persecuting policies, rooted deeply in a mentality where heroes and villains formed the leading cast to a play that spans the length of human development.

In many ways Castro achieved his aims. He significantly lifted out of poverty the majority of the population and created a political system that, for all its flaws, successfully incorporated people of different creeds, ethnicities, and backgrounds into professional and governmental posts earlier than many of its neighbours. He ousted an arguably crueller figure and ended the trend of blatant economic exploitation that had created an image of Cuba as America’s casino. But to say that it was or is some kind of paradise is also misguided. Castro’s island experiment was intimately linked to flagrant human rights abuses, shortcomings in policy, and the persecution of class and national ‘enemies’. The revolution was far from a glorious (or peaceful) march toward socialism, but a brutal and violent struggle that took many innocent lives as collateral damage.

Castro should be remembered as a revolutionary figure led by a guiding vision based on a uniquely socialist form of utopianism. And to overlook or over-romanticise that vision is to forget the many achievements and abuses that defined its theoretical and practical realities.

3 thoughts on “How to remember a dictator”